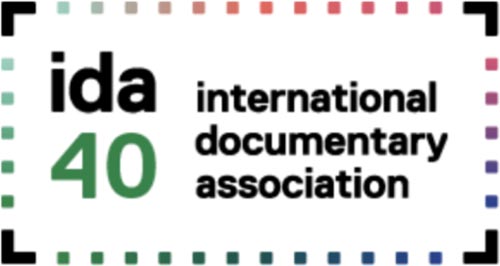 About ten days ago we received an interesting request to help raise some funds for a new intended film about the Scots-Irish in the U.S. and their music. In our correspondence with the project director, Chris Moser, of Georgia, who owns a little company called Redwine Productions, and who is one of three partners for this film, we learned that it is in the list of ‘sponsored projects’ by the International Documentary Association (IDA). There are also two entities who are members of the IDA whose films we also already promote: the San Francisco Irish Film Docfest, which showcases Irish Documentary films every March, as well as the San Francisco Irish Film Festival that occurs in September each year.

Through the IDA, film producers hope to develop their film projects, as well as to find support and a wider audience for their works, whether it be through YouTube, or PBS. This takes money and other assistance, including contacts to Public Television stations with additional money to sponsor their eventual broadcast.

This particular request came from persons who would like to see their film on PBS, as it is about one of the largest ethnic groups of Americans, the Irish and Scots-Irish. One of the partners for this project has already had some films on PBS and has an ‘Emmy’ to his company’s credit.

The film project about which we were contacted is currently titled America’s Other Irish. Partners currently listed for this project are: Chris Moser of Redwine Productions, Georgia; David Hughes Drake of Drake and Associates, California, and well-known folk performer John McCutcheon.

John McCutcheon, has a particular repertoire and a significant number of fans in his own right and the bulk of work on this film has not yet begun. As the work progresses, the title may yet change, as the project director and his partners develop their plans and script more fully and realize the limitations of their intended two hours of film, but there is a teaser video on a website linked to this project about some intentions of this project. However, in correspondence with the project director, it seems to us that the emphasis is more on music, particularly after the American Revolution, and that the partners may need to narrow their focus and limit what they say about history prior to the Revolution to have an engaging film that fits within the slightly under 2 hours PBS format.

This is not the only such film worth supporting. Some other films/projects we thought interesting are seeking donations and include the following.

A Bunch of Amateurs, about a bunch of working class, mostly older, amateur film makers trying to save their club in Bradford, northern England, and who, with nothing left to lose, decide to tackle one of Hollywood’s greatest musicals, The film is already produced, and described as ‘a warm and funny look at shared artistic folly that speaks to the delusional dreamer in us all.’ It has already been presented at the Sheffield Documentary Festival where it was ‘an audience award winner.’ Director Kim Hopkins; Producers Margareta Szabo and Kim Hopkins.

Icky Fingers, a documentary about the pain and injuries that Keith Emerson of ‘Emerson, Lake and Palmer’ suffered from ‘repetitive strain injuries,’ all too common to musicians, that led him to suicide, and what has been done since to raise awareness, and improve prevention, diagnostics and treatment.

In the Public Interest, a history of American radio and how ‘the public interest’ as written in federal laws was increasingly subverted only to the interests of big business, and politics. Director Michael Jones Kacey; Producers David Sanford, Mandisa Henry and Penny Edmiston.

Second Fiddle, the story of Carleen Hutchins whose research and innovations revolutionized modern violins and how they are now made.

There are few films about general Scots, Irish, Welsh, history and culture, but the IDA offers some services to help film makers develop ideas, projects, and to raise funds. They are affiliated with the ‘Allegiance Group’ and its crowd funding program that specializes in fundraising for independent films called ‘We Did It.’ IDA conducts training seminars and offers some counseling. So this is a great resource not just for people who want to support good, new independent film making regarding their favorite topics, but for would be film makers, themselves. The organization itself also accepts donations. It’s very professional, and well known and well regarded.

We heartily recommend those who are interested in seeing more films about Scottish, Irish, British, history, culture and music, and other American music, to check out the website of the Independent Documentary Association, https://www.documentary.org, and under ‘support’, its list of sponsored film projects looking for funding, and sometimes other assistance, especially any with connections to entities like PBS.