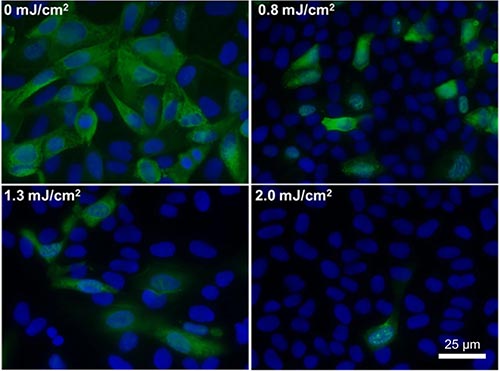 Recent studies of Coronavirus transmission have shown that when an infectious carrier coughs, sneezes, or even speaks, the smaller droplets can stay in the air where others may breathe them in for more than 20 minutes! Even essential businesses like grocery stores are now risky places to visit!

As we struggle to reopen small businesses, including our favorite pubs or even our local Celtic Shoppe, or try get a band together in a group in a single studio or room for even for a live-stream performance or a recording session, it is useful to have a look at both early and recent studies and developments for sanitizing the AIR we breath and the WATER we drink.

The earliest studies showing how infectious, CONTAGIOUS, diseases were transmitted by air and water and demonstrating that the UVC radiation produced by the new electric low pressure mercury lamps would kill bacteria, molds, and viruses in both air and water, were first done by a Scottish American, Dr. William Firth Wells (1887-1963), a professor at Harvard University, and his student assistant, an Irish American named Richard L. Riley. During his later studies, Dr. Wells had an additional assistant, Mildred Weeks, his wife.

Their earliest work was done in the 1930’s, 85 years ago! That’s how old a very effective, well researched, and still little used technology now is. It was then slowly adopted for hospital use (air cleaning, particularly since Legionnaire’s Disease was discovered and killed dozens of veterans at a convention, and new strains of antibiotic resistant bacteria began exploding), sanitariums that treated tuberculosis patients, and to clean some typhoid and diphtheria laden water supplies. So why aren’t we using this technology more when it is well PROVED to work VERY WELL?

At first, UVC lights were heavy, fragile and expensive, but in the past few years there have been changes in the manufacturing of UVC lights that have brought the costs down. We now pay more for decor for shops and HVAC systems, and pay more for cameras and acoustical walls in studios than people who do buy and use the germicidal UVC air sanitizing systems. You can buy a mid-size system for small shops and restaurants for about $400-1,000. The large size hospital units cost $4,000-9,000. I’m sure there are units between those ranges. Small personal space units made by companies such as OION and Guardian Technologies (‘Germ Guardian’ brand) can be had for as little as $70 to $200.

While some products still use the older UVC lights, many now use the ‘far-UVC‘ lights. Far-UVC means light with wavelengths between 207–222 nm. Far-UVC light is both very effective at killing viruses and bacteria, but doesn’t harm nearby living cells because it doesn’t penetrate enough to damage the tissues of people, pets and plants. The new far-UVC products are specifically designed to more effectively kill just viruses, bacteria and mold and do it in less time than the older, longer wavelength UVC lights. Since they are safe, they can be used in public spaces and don’t require moving the air under the lights with fans.

An article published in 2010 and now in the NIH library speculated the low use is because of a lack of awareness and promotion of these products, and the widespread general ignorance by even health care professionals about this technology. Apparently they are slow readers and learners, considering Firth’s studies were published 85 years ago. Here’s a link to the 2010 article about this technology and its history. https://www.ncbi.nlm.nih.gov/pmc/articles/PMC2789813/

Here is a link to an article in the Journal Nature from February, 2018: https://www.nature.com/articles/s41598-018-21058-w, Far-UVC light: A new tool to control the spread of airborne-mediated microbial diseases, describing what was then the newest work with far-UVC light. Unfortunately, in 2018 Far-UVC lights were large, fragile and expensive, but even more recently, manufactures have developed small, rugged, LEDs that can emit these shorter wavelengths. The manufacturers say they are now ramping up to make these new solid-state far-UVC lights, and hundreds of thousands of them will be produced in 6 to 9 months.

With this newest technology, operators can now replace overhead lights with far-UVC lights that will kill the viruses as they move in the air beneath them, without requiring fans. Dr. Brenner says they could be used in even large indoor or outdoor public spaces.

But in New York City, they are not waiting for the LED version.

Dr. Brenner is now the consultant to the just – announced New York City program for disinfecting public places with the existing UVC excimer lamps (https://www.ushio.com/product/care222-mercury-free-far-uv-c-excimer). Just last Wednesday, May 27th, 2020, Brenner was interviewed by CBS on the NYC subway system project, and noted that ‘the germicidal properties of UV have been known for about 100 years to be very effective.’ Here is a link to their demonstration video: MTA Video Release: Train and Bus UV Disinfection Demo – 05/19/20 https://youtu.be/XiF43MqRjmc

Now why would you want these products? How about because they kill ALL dangerous microbes, including influenza viruses, TB, and bacteria and mold–and the COVID-19 virus, which otherwise linger in the air up to 3 hours (See Dr. Brenner’s YouTube video).

If you own a studio, use a studio, own a shop, or own a pub, look into this and for your health and that of your staff, and customers. If you KNOW people who own studios, shops or pubs, etc., pass this article and the links on to them.

Here’s a website where you can buy some of various brands of existing products, right now. I’m sure there are others, if you just look online. This site also has a commercial UV-C air cleaning system manufactured by Field Controls. Some units listed as “residential” can also be used for other small buildings, such as shops. https://www.airpurifiersandcleaners.com/hvac-duct-mounted-uv-air-cleaner-systems.

If you’ve got a 20 years old plus HVAC system on its last legs, you might want to call ‘Semper Solaris‘ an HVAC and Solar Systems installer who is now advertising on television that they have new HVAC system packages WITH UV-C germicidal air sanitizers. If you live in the large areas of California prone to wildfires, or PG&E blackouts to prevent wildfires, you might want to also consult with them about solar systems to power everything–including the sanitizer–and battery back-ups.