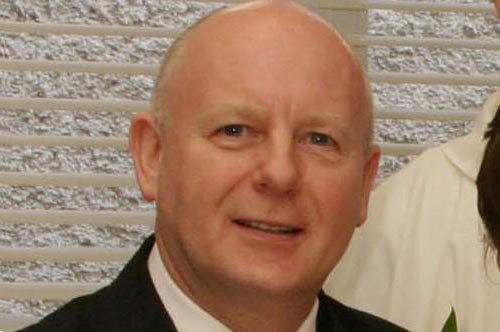 Sean Murphy was born and reared in Dublin and came to live on Cape Cod in 2005. He has a passion for his homeland and loves to share his knowledge and interest about his heritage. Sean has spent a lifetime giving classes and workshops on Irish history, music, and dance while working as a math teacher in public schools until he retired in 2017.

Since the outbreak of the Covid 19 pandemic he has been presenting his courses online using Zoom, YouTube, and Facebook. His next two-week course, taught during the month of December, is as follows.

The presentation will detail the history of the emergence of the Christian annual celebration of the birth of Jesus Christ.  It explains how and why many of the pre-Christian pagan traditions were incorporated into the Christian celebration.  For instance, it will explain the Christmas celebration in a wider historical context of the Roman, Celtic, Viking and Persian traditional winter celebrations.

The course examines the emergence of Christianity as the official religion of the Roman Empire, the diverging views inside the Christian church on the celebration of Christ’s birth, the issues surrounding the date of Christ’s birth, and the history of Christmas in the USA. The origins of Saint Nicholas, Santa Claus, and Father Christmas will be explained.

Christmas in Ireland will detail some specific events that are celebrated in Ireland. This includes Women’s Christmas, The Wren Boys, and various legends and superstitions, and gift giving.

The presentation includes some multi-media coverage of Christmas activities from Ireland that will provide a holiday friendly atmosphere.

History of Contae Mhuineachain /County Monaghan (3:00 – 4:30 PM PDT)
The kingdom – of Oirgialla (Oriel) played an important part in the history of Northern Ireland’ for nearly a thousand years until destroyed in the 16th and 17th centuries by England under Queen Elizabeth, Cromwell, and King William of Orange. Monaghan was part of Oirgialla. Early rulers in the area included the O’Sherry’s and the O’Carroll’s who were dominant by the 11th century. By the 13th century the McMahon’s were in control of the area we now know as Monaghan. They retained control until the early 17th century when they and the rebel O’Neills, Maguires, O’Donnells were defeated.

In 1591 the MacMahons leaders entered a settlement with the English. As a result, Monaghan was not included in the scheme for the Plantation of Ulster. This relationship with the English came to an end first when the MacMahons participated in the rebellion of 1641 and later when the remaining McMahon’s sided with the Stewarts against William of Orange.

The second most important family was the McKennas. They also lost their position and property while attempting to stop the takeover of Ireland by England. Having fled Ireland they achieved high military and diplomatic status in Spain, Russia, Chile and other countries.

Patrick Kavanagh, the famous writer and artist, was born in Monaghan.

Northern Ireland/6-counties. 1939 – 1972 (4:30 PM – 6:00 PM PDT)
The devastating German air raids of April-May 1941 left at least 1,100 people dead during four raids and many thousands injured. The raid on Belfast of 15-16 April alone resulted in the United Kingdom’s highest casualty rate in one night’s bombing. Over 200,000 people fled Belfast and many others were made homeless by bomb damage.
During the war the unemployment rate dropped rapidly and full employment – unimaginable in recent years – was achieved by 1944. Employment of women grew rapidly during the war.

Fearful of alienating Catholics, both in Éire and in Northern Ireland, the British government’s Compulsory Military Training Bill exempted Northern Irish citizens from compulsory military service. Prime Minister Craig and his Northern Ireland cabinet wanted it extended at once.
So keen was the British government to secure co-operation from Eire that first Chamberlain in 1940 and then Churchill in 1941 suggested the possibility of Irish unity in exchange for the end of neutrality. De Valera’s rejection of the offer saved the Northern government from having to accept constitutional change in the broader interest of the Empire and the allied cause.
Over 300,000 troops saw duty in Northern Ireland during the ar; the majority of them British or American.

In 1946, parity of social services between Great Britain and the United Kingdom was agreed. This was only possible because London agreed to bankroll it. This was an expensive arrangement, but for unionists who hoped that it would keep Protestant voters loyal to the party while also helping to chip away at nationalist allegiance to the comparatively impoverished South, it represented a good deal. The immediate post-war period offered real encouragement to the beleaguered Unionist Party. The gratitude of both major British parties as a result of its wartime contribution was reflected in the 1949 Ireland Act which endowed Stormont, rather than the people of Northern Ireland, with the ultimate right to decide the constitutional position of the state.

These post-war developments on the national question were a “godsend to the IRA”. By the end of WW2, the IRA was at its lowest point. Now under a new leadership the organization grew and in 1956 it launched “the border campaign” known as “Operation Harvest” that was seen as ‘a decisive stage’ of resistance to British rule in occupied Ireland. The introduction of internment by the northern and southern governments was clearly a setback. This along with the lukewarm reaction in the nationalist community along the border and the rising influence of a new generation of middle class educated political activists led to the calling off of the campaign in 1962 and the rise of the civil rights movement. The emergence of Terence O’Neill as Prime Minister of Northern Ireland in 1963 was a reflection of growing divisions within Unionism and was to lead to the abolition of the Government in June 1972.

Each Course has a separate Fee of $90. Pay at paypal.me/seanmurphy1745 or email Sean Murphy seanmurphy630@gmail.com for registration details.