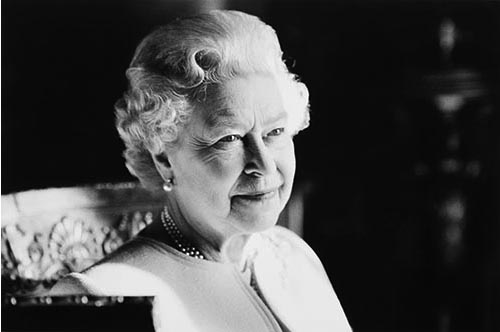 Most of our readers probably know by now that Queen Elizabeth II, of the UK, passed from this life to the next on Thursday, September 8th, 2022 in the late afternoon at Balmoral Castle, in Scotland, her favorite residence where she found peace and relaxation.

Born Elizabeth Alexandra Mary Windsor on April 21, 1926, she served in WWII as an ambulance driver and mechanic, and after the war, married Lieutenant Philip Mountbatten on November 20, 1947 at the age of 21. When her father, King George VI died unexpectedly on February 6, 1952, Elizabeth was thrust into the monarch’s job at the young age of 26 years.

Elizabeth had been growing more frail in recent months and undoubtedly missed her beloved husband, Philip, who passed only 18 months prior on April 9th, 2021. They had been married some 75 years.

The Queen Elizabeth II had a Scottish mother, Elizabeth Bowes-Lyon and it should be remembered that while the Scottish people have wanted their nation to be independent of England, they have always wanted to retain the Queen as their monarch and to retain some connections, even now, to the monarchy. Dominion status, as Canada and New Zealand have, would allowed this and we can only hope that as the Scottish people mourn this woman, who truly was their queen, they will eventually achieve this happy future and that Elizabeth II always remain in their hearts and cherished memories their beloved queen and that they and the new King, Charles III, can retain that relationship.

Our condolences and deepest sympathies go to those of our readers who were born in Wales, Scotland, England and northern Ireland for whom Elizabeth II has often been a second ‘mother’ to them, never forgetting her own blood relationships besides those of monarch to her people her entire life, always serving them.

Although many Americans, such as myself, descend from Scots and Irish who rebelled against the monarchy, our nation, over time, has re-established relations with its UK cousins, especially to preserve the rule and peace of civilized laws, and increase democracy. The UK and the U.S. have learned from one another, as cousins, and we hope that role will continue, also.

Queen Elizabeth II set a world-wide standard for all women for strength, dignity and at the same time gentleness, being a strong lady, yet able to mediate, or decide, as needed, on behalf of the greatest good for the most people. She will be deeply missed and mourned by far more than her family.

We hope that her spirit and love will now guide her oldest and beloved son, Charles III through the difficult transitions he will now experience and the decisions he must now make in troubled times for his nation as his nation, and as a member of NATO and so many other alliances for so many reasons. If it does not seem presumptuous or rude, we also offer our condolences and sympathy to King Charles III and his family as the children of their beloved mother, as we humans who have also suffered the loss of beloved parents, and still miss them.