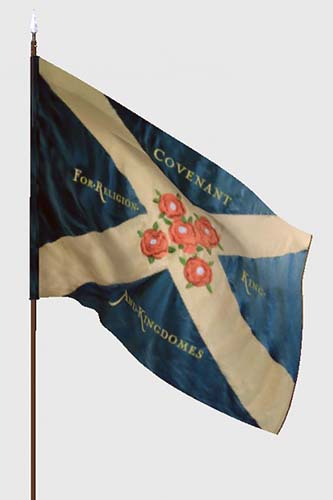 COVID-19 vs Smallpox and Black Death

Our current epidemic, COVID-19, is associated with international trade and travel, but during the 15th and 16th centuries, Scotland went through several epidemics of smallpox and the Black Death, often associated with then recurring warfare. Scotland had not escaped the previous centuries struggle between England and France, because, as the ‘enemy of my enemy’, France, was all too often the ally of Scotland–with devastating results including making Scotland a favorite pillaging ground of the Plantagenet kings every time they wanted extra money for the 100 years’ war (1337 to 1453). The English monarchs were beginning to run out of wealthy merchants and others from which to borrow money since, like their cousins the French, they had a tendency to repay their debts by finding a pretext to ruin these lenders and then execute them. Scotland had also been dragged into the War of Roses (May 22, 1455 – August 22, 1485). At Flodden Field (September 1513), they suffered a colossal, disastrous defeat. Throughout this period, corrupt Popes were exacting heavy tithes for their wars in Italy to maintain their family’s grip on the Papacy for one family or another.

So what did the Celts in Scotland do? First they ended most of the clan warfare including Dubh’s Rebellion, (the war between the Lords of the Isles and the Stuarts, then Scotland’s royal family). Then they got rid of the pillaging Popes, (in the Scots Confession of Faith of 1560), and embraced Presbyterianism, which simplified churches, rituals, decor and got rid of expensive bishops, especially those appointed by the  Kings. This had a profound effect in more than just cutting the costs of religious bureaucracy and paying for foreign warfare. The Presbyterians also believed in educating everyone to read the Bible for themselves and to have financial and reading skills to manage their lives better, hold better jobs, avoid getting defrauded and robbed in contracts and transactions, manage their money better–and be less dependent upon either the charity of church or state. This education, and less thought and behavioral control from the top, and, gradually, less emphasis on restrictive dogma and superstition, had another effect. It encouraged science and philosophy to generally improve the human conditions, and to find other means of people earning a living than on the dwindling arable land while the population grew.

The Scots had been well on their way to making the most of the land and poor climate they had, by adopting and adapting crops and animals from others. Almost NONE of the grain and vegetables the Scots most used and ate were native to Scotland. When trade necessarily declined for fear of these epidemics, they were also willing to adopt and adapt crops they’d grown to like from other areas. Most Scots, when they had enough land, chose to have a diverse agriculture: barley, oats, peas, the new carrots, and old parsnips, turnips, cabbage, leeks, parsley–and even artichokes (a relative of the Scots thistle, after all), spinach, romaine and asparagus. If you look at the old receipt (recipe)  books for gentry women down to middling yeomen farm wives and burgher wives, they include many more vegetables and herbs than most modern American women now use. The Scots were using hybridization and selection to adapt what they liked to their land and climate and eke out as many growing seasons as they could–in Scotland, and later Ireland. They were quick to move to North America for land–and not for useless lawns but for growing food and natural materials to make other things like rope and cloth, and to have their own fuel, not have to buy it. No less a personage than George Washington was impressed by and promoted the diverse economy, heavy on agriculture, and self-sufficiency of the Scots, and Scots-Irish farmers of the Shenandoah Valley. He and they would be amazed at and ashamed of the descendants of these same people today.

For a long time, in films and television, like Star Trek, engineers were often written and cast as Scottish. Some of the early characters in literature created as detectives, doctors, and others were Scots. To this day, Scots gardens are a ‘must see’ on European tours. The universities of Glasgow and Edinburgh became renowned for science, engineering medicine and humanistic philosophy. Scotland embraced science, medicine and technology and continued to develop and use it, in Scotland.

This was not entirely all peaceful development. People who have great power seldom voluntarily let it go. The English Civil War, fought against absolute monarchs and very abusive nobles and their supporters, avaricious merchants who flaunted their wealth, came to embroil the Scots. Celts saw excessive wealth and power as evil, and flaunting it was even worse. This also marked the beginning of armies that included merit based promotions, rather than restricting officers’ to the oldest sons of nobles because of their birth and social status in society. Scotland was slow to develop the latter; and clan armies with separate systems of support and arms, led to the loss of independence. Though Scotland had begun to learn the wisdom of greater unity in reducing and ending clan wars, it didn’t quite finish the development with a strong unified national army and navy.

There was a bitter lesson that Scots as well as the rest of Europe slowly learned from foreign trade and the early trading posts and colonies in the Americas, Asia and then Africa. When the Black Plague was at its worst, most did realize trade and international travel was a factor. Ships were not allowed into ports if it was even suspected there was plague aboard, and not having any sure medical treatment, the people simply let those on board all die and the ships sink to the bottom of the sea. If we did that today, there would have been an awful lot of planes sunk in the Atlantic and Pacific, with all on board, by now. However, there was a recognition of a root of the problem, even if the solution was very harsh and drastic.

After some of these disastrous episodes, Europe, including Scotland, developed a more enlightened response. Keep trade but make it more limited. Make itself also more sufficient in some of the goods it wanted from Asia for a time: learning to grow more fruits and vegetables and hybridizing them for the European and Scottish climate, learning better techniques of weaving and designing and building better looms. The French, allies of the Scots, stole silkworms from China, grew more mulberry bushes, etc. and started their own silk industry. In also setting up colonies, Europeans, initially shunned or even killed native populations in areas it suspected might deliver epidemics, and then later, developing more social conscience, began introducing better and more infrastructure, sanitation, hygiene to keep both colonists and the natives alive. After all the natives were better at hard work in their native climates.

So what would the Scots of the 16th-late 18th and early 19th centuries do today? Well, they’d make darned sure critical materials for health and defense were made in the UK, and if they still ran North America, likewise. There would be manufacturing in both areas, and if the English manufacturers protested, trying to keep it all in England alone, there would be riots, civil strife and English manufacturers would wind up dead, and there still would be a Revolution in North America.

Excessively selfish and greedy merchants, socio-political lords, and manufacturing owners have historically had a short lifespan, and the Scots, and other British peoples, have been no exception to this. The British Civil War (because yes, it encompassed all of the British Isles), was just as bloody and deadly as the French Revolution about 150 years later. A lot of the targets were the same, and all of the nations’ society changed significantly.

When greed and excess travel and trade are problems, the Celts have, time and again, been willing to reduce or stop them, one way or another, not encourage them. This even goes back to their dealings with Ancient Rome: bring wine, trade fairly for our metal work, fine. Bringing armies to take everything we produce or have, was not fine–that guaranteed war.  Part of the more recent attitudes toward balancing greed, trade, and increasing education, varieties of work, goes back to their interest in having everyone be able to read and understand the Bible, particularly the Gospels. Christ did not encourage greed and internationalism for the acquisition of more and more things and wealth. He preached a simpler, more self-sufficient life that included diverse means of earning a living, and he was also literate. The Scots of the ‘Age of Enlightment’ were trying to make a more truly Christian nation and world, and the emphasis was on the New, not the Old Testament, for a new and better nation and world.

In the U.S. after the Revolution, the Scots-Irish who were the majority in political and economic power also tried to increase these values, and the nation became much more self-sufficient, but the people also threw out education and literacy, as ‘class-ist’ and ‘too English’–to their detriment. Even though trade and international travel were at relatively low levels, the people of the U.S. were then slow to become informed about the epidemics that were sweeping Europe, from the European colonies in Asia and Africa in particular, and from trade with these same areas, such as cholera. The U.S. was slow to recognize and adopt new science about deadly diseases and polluted water, and came later to real prevention and effective, real, medical treatments. The U.S. was still having cholera and other epidemics related to bad water and hygiene 50 years, even in cities, after they’d largely disappeared from most of the UK, and even most of Europe.

The Scots of the 17th, 18th and early 19th centuries would be interested in better health care and better nutrition for everyone to strengthen human resistance to disease, and be trying to modernize the entire national health system and have it available–and consistently good–for everyone, and a lot of what was needed would be designed, made and grown (pharmaceuticals, food, etc.), in the place it was all needed–not coming by plague filled international shipping and business travel. They’d be looking at the history of other nations and what they’ve done to reduce epidemics and improve health care and say, well, then if they aren’t going to do that, we’re limiting our contact so we can control what contact we do have better to protect our own people. Like most Celts, these earlier Scots cared about their own people, more than alcohol or gold (the infamous ‘Act of Union’ was not done by a majority of Scots and didn’t benefit the majority).